Mike Mearns also sent 4 more items that he has kept all
these years. The first is the photo that he referred to in
that evocative Message that he posted on 9th September 2003: 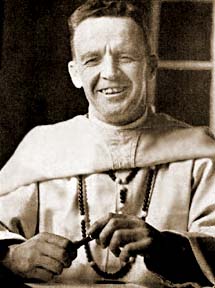 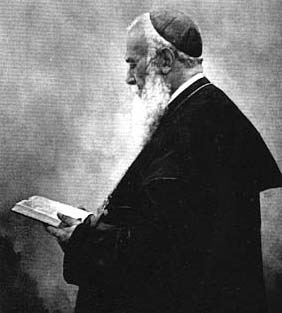 Mike also included two 'official' postcards. This one was
issued by 'Fondateur des Missionaries d'Afrique' (Pere Blancs),
which Mike sent to his parents.

I include it, even though you will find other pictures of
Cardinal Lavigerie elsewhere on this site, because you never
know if the Vatican is watching.

I want to make sure that when they do a Google search for other
likely candidates for canonization, they come across dozens of
reminders of this great man and the huge contribution that he
made in his lifetime (and beyond) to the cause of Africa. 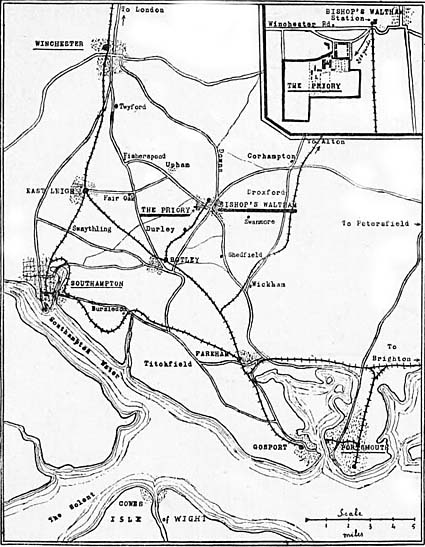 This map of "The Missionary College of
The White Fathers" must have been around
in 1955, because the message on the back
is from Fr Pat Fitzgerald, confirming
arrangements for picking up Mike by coach.

I don't remember this postcard, as such. Perhaps it was only
issued to people whom they felt would not use it to run away.

(Not me. I loved the football and the roast potatoes too much).